A fresh green earthy scent reminiscent of a pine forest grown in Hungary and steamed distilled using the needles (like leaves) of the tree.

Also known as Scots Pine and one of the strongest softwoods available. The only Native Pine to Northern Europe, it being the “national tree” of Scotland. The Caledonian forest of the UK thrives with Scots Pines and is home to many rare species of wildlife and plant habitat. Scots Pine is widely planted for the timber industry but is also harvested to make rope from the inner bark, tar from the roots and a dye from the cones. The tree can also be tapped for resin to make turpentine.

The two notable terpenes in Pine Sylvestris are a-pinene making up 45 – 50% of its constituents and b-pinene making up over 20%. These terpenes are most known for their anti-inflammatory benefits for diseases like arthritis and multiple sclerosis. They can help with pain relief. The pinenes can work to ease congestion and constriction to the lungs and bronchial areas assisting with air flow for asthma, colds and flu. They can work to improve focus, alertness, memory retention and energy. Anxiety can be eased with the uplifting effects of pinene by inhibiting acetylcholinesterase activity in the brain.

Some studies suggest a-pinene and b-pinene have been found to inhibit some cancer cells, by stopping tumor growth and supplement chemotherapy treatments.

Limonene is present but only at approximately 8% unlike its’ present in Orange and Lemon Oil being their main constituent.

We know Pine Sylvestris as a Fluent Current mostly for our air ways. It is a Middle Note Oil. 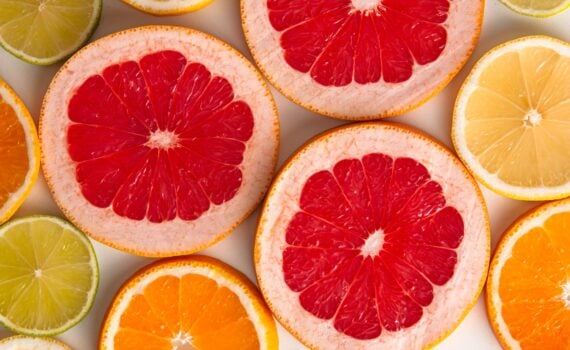 Grapefruit Oil – One of the Seven Wonders

The Grapefruit is actually an accidental cross between the Sweet Orange (Citrus sinensis) and the pomelo (Citrus maxima) both of which were introduced from Asia in the 17th Century. When found, it was called the “forbidden fruit” but currently the grapefruit is said to be one of the “Seven Wonders of Barbados.”

Generally, the redder varieties are the sweetest and are determind by the flesh colour of the fruit. Grapefruit Oil is produced in the United States, Vietnam, China and Australia. Australia producing White Grapefruit Oil grown mostly in Mildura Victoria and Berri in South Australia. The Oil derives from the peel of the fruit by cold press.

Limonene being the main component of Grapefruit Oil, is responsible for stimulating and uplifting the senses, bringing clarity and positive focus and easing nervous tension and anxiety. It can support the immune system by strengthening it and be an apatite suppressant. Limonene can also help with inflammation in muscles and bones.

Limonene also is a major constituent in cleaning products because it acts as a solvent and can reduce the presence of bacteria neutralising odours of stale rooms.

The Limonene in Grapefruit Oil can be a great addition to skin care by reducing bacteria and free-radicals and cleansing the skin to help with inflammation. Great for oily skin types to help balance sebum.

Myrcene in Grapefruit is at quite a low presence, only at around 1 – 3% but assists the Limonene. The other constituents are also very low presence being less than 1% but the Nootkatone gives Grapefruit Oil its character.

Grapefruit Oil can deteriorate easily upon exposure to moisture, air and daylight so storage of Grapefruit Oil is critical. If exposed these oils should be avoided.

Grapefruit Oil can be phototoxic so it is recommended that a maximin use of 4% in skin care products be used.

Although great for the skin, it may be a skin irritant in some if over exposure occurs. Essential Oils should always be diluted to apply topically and a skin patch test is recommended. Skin Patch Test

Grapefruit Oil has a fresh, reviving, sweet citrusy scent and is a Top Note Oil. It is our go to oil for “Energising Optimism!” 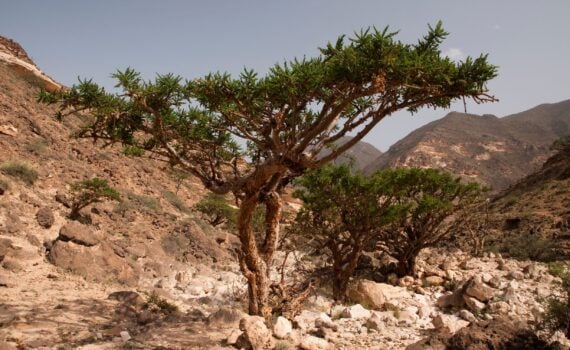 Frankincense is actually an aromatic resin obtained from the Boswellia trees by stripping the bark back and letting the resin to drip out and harden. The hardened streaks of resin are called tears. The dry resin is then steam distilled to obtain the essential oil.

There are five main species of the Boswellia that produce true Frankincense producing various grades depending on the time of harvesting. The resin is hand sorted for quality.

Most Frankincense comes from Somalia and India but also in Oman, Yemen and Western Africa. It has a trading history of more than 6000 years, used in many religious ceremonies, in perfumes, natural medicines and aromatherapy.

A-pinene is known for its anti-inflammatory benefits for diseases like arthritis and multiple sclerosis. It can help with pain relief. A-pinene seems to be antimicrobial. It works to improve focus, alertness and memory retention and energy. A-pinene has an uplifting effect to ease anxiety by inhibiting acetylcholinesterase. It has sedative properties to relax the muscles.

D-Limonene at approximately 14% in Frankincense Oil, unlike its high percentage in Orange and Lemon Oils, can also stimulate and uplift the senses. D-Limonene can assist with the a-pinene’s antimicrobial properties, clearing and bacteria and fighting free-radicals along with inflammation on skin and in muscles.

Frankincense is from Old French – franc encens – meaning “high-quality incense” the word “franc” meant “noble” or “pure”. It is also known as Olibanum, being Arabic – meaning “that which results from milking”. Frankincense Oil has a Base Note and was once a precious gift, now used world wide for its precious benefits. We call it our “Righteous Resin”. 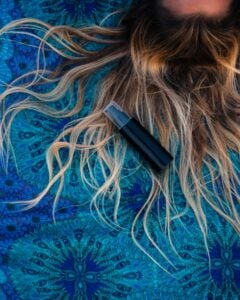